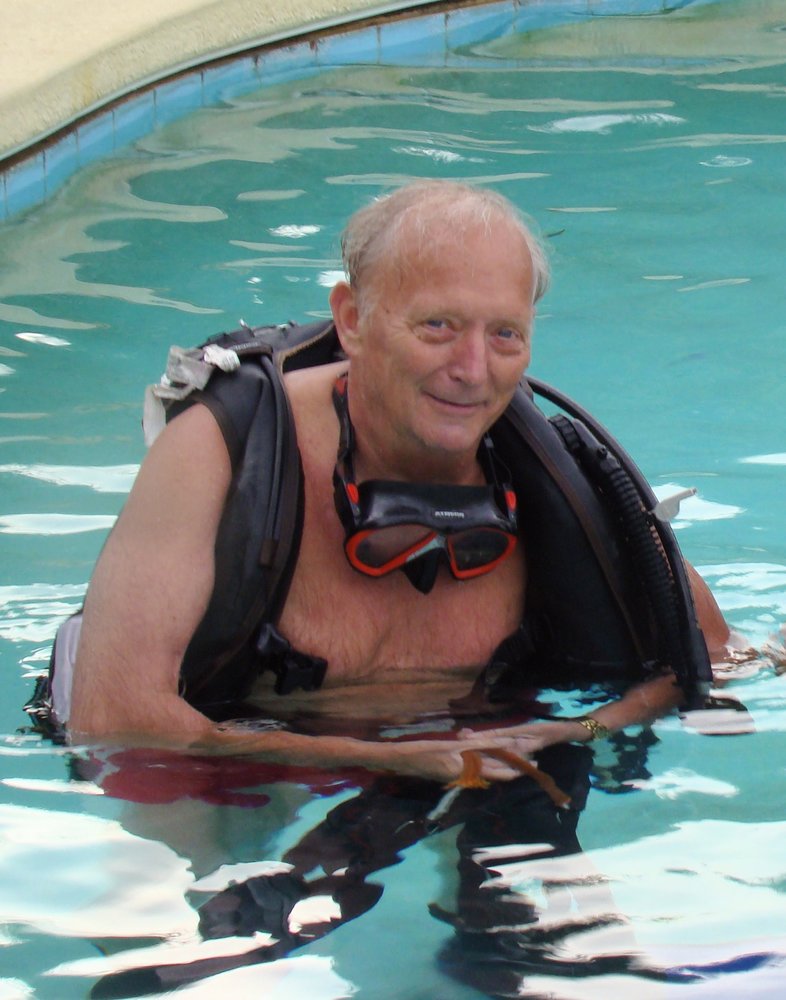 JOHNS, JR. - David H.
Passed away peacefully at his home in Hamburg, NY, on Saturday, October 26, 2019 at the age of 77.  He was born on September 15, 1942 and was a longtime resident of Hamburg, NY.  He graduated from Frontier High School in 1960. He continued his education at Erie County Technical and the University of Buffalo and graduated in 1968.  He was the proud owner of Village Vision in Springville, NY, and several other locations including Angola, East Aurora, Holland and Hamburg, NY. While Dave ran all his businesses he managed to find time to expand upon his hobby as a scuba diver and became a licensed Instructor.  Eventually, he closed the optical businesses and opened his dream of Professional Scuba in Hamburg, NY, where he remained in business for 32 years.  He was a dive industry leader throughout Western New York and was recognized as an elite scuba diving educator rated as a PADI master scuba instructor for over 40 years.  Dave was a Reserve Deputy with the Erie County Sheriff's Office Underwater Recovery Team who worked closely with numerous law enforcement agency dive teams throughout Western New York, including the New York State Police. He was loved and respected by the entire community.

Dave was under the care of Hospice Buffalo-Southtowns where he received extraordinary care and compassion, a special thank you to his nurse, Deb and social worker, Anna.

A Memorial Service will be held by his home church, Lake View Community Church, for close friends and family, which he attended every Sunday.

​Leave Us A Review

Looking for something you can't find?
​Please feel free to contact us at anytime.